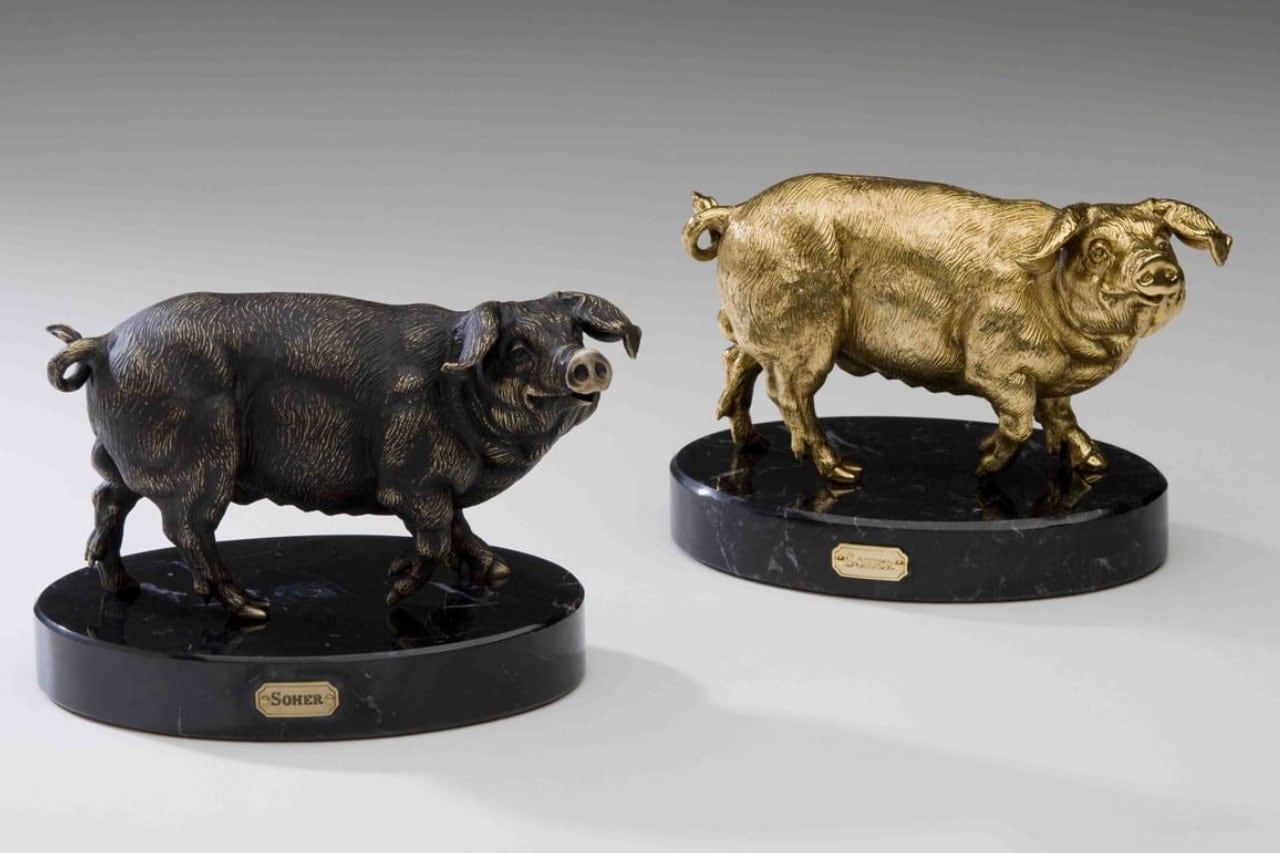 Happy New Year of the Pig!

This is an auspicious time for Chinese culture. In just a few days celebrations will begin for Chinese New Year, one of the most important and emotive festivals for the Asian giant, and the protagonist this year is the zodiac sign of the Pig.

At Soher we are very close to our customers from all around the world. And we have a great deal of respect for our Chinese friends and partners, with whom we share a long relationship of friendship and trust. A relationship that has inspired and enriched our furniture and our emblematic collection of bronze figures, in which the pig is also prominent.

According to a popular Chinese legend, Chinese astrology began with a race in which all the animals of the world took part, at the invitation of the Jade Emperor, the ruler of heaven. Only the first twelve animals entered the zodiac. The pig decided to participate in a banquet and take a nap at the beginning of the race, but, even so, he managed to arrive in time to become the twelfth sign.

Congratulations to all those who were born, and all those who come into the world during the next twelve months, under the sign of the pig, people who are traditionally considered to be honest, noble, open, sociable and generous.

The start of the Chinese New Year, on 5 February, takes as its reference a day of the second new moon before commencement of the lunar phase corresponding to the spring equinox. A very special date that is celebrated all around the world by members of the Chinese community.

Our best wishes to you all. Happy Year of the Pig!