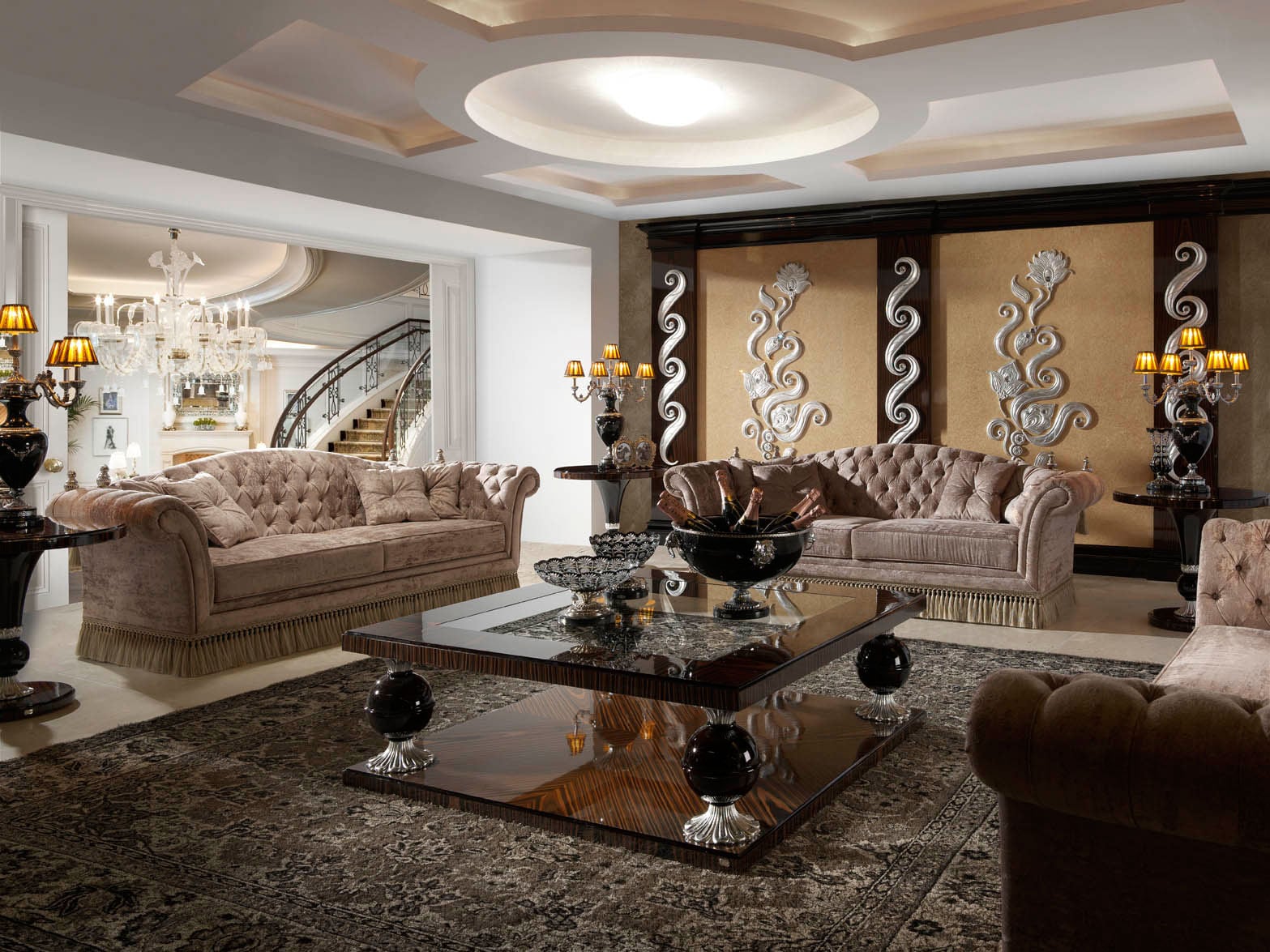 The demand of luxury furniture continues to grow in 2015

An annual growth of 3.38% with a consistentacceptation of superior Spanish brands, such as Soher

Spanish luxury furniture brands like Soher are fashionable around the world.

The furniture industry in Spain has suffered a considerable decline due to the recession, with a fall of 60% since 2007 according to DBK. Without doubt, there is a segment within this sector which has avoided this fiasco: Luxury Furniture, which has not only been able to maintain its saleability, but it has been able to grow, thanks to demand from markets, like that of Russia. Effectively, Spanish Luxury furniture is in fashion thanks to the success of nation brands, which have been well exported, such as the Valencian Soher.

Luxury Furniture makes up to 388,000 million euros per annum around the world, according to Bloomberg and it is the second biggest category in the Luxury sector, after Fashion, cosmetics and Jewellery in agreement with Bain&Co. The advisorTechnavioestimates that the furniture industry will grow by 3.38% annually until 2018, propelled by the demand from new markets

Europe, the USA and Asia-Pacific have traditionally been the biggest markets to sell luxury furniture. Without doubt, in recent years they have taken a back seat to other countries, like Russia, Brazil, China or India. The boom in the number of millionaires explains the interesting in buying luxury furniture in these countries. In order to do this, they look increasingly towards Spain.

Our country has developed itself into an international reference in the luxury furniture industry. According to ICEZ, in 2012 Spain sold furniture outside of its borders at the value of 1,389 million euros. An increasingly important part of these exportations corresponds with the sale of luxury furniture, which is the sector that contributes a great added value, faced with the impossibility to compete in price with big global furniture manufacturers of cheap furniture, like China.

The principal clients of the manufacturers of Spanish Luxury furniture are France, Portugal, Germany, Morocco, Italy, The United Kingdom, and Russia; according to the Institute of promotion of the Region of Murcia. Without doubt the growth of the emerging markets is changing this landscape.

Russia: the market that grows the most

According to the Commercial office of Spain in Moscow, Russia has gonefrom the 16th to 11th world buyer of furniture, since 2002: a tendency that analysts anticipate will be maintained thanks to the powerful progress in the property market and to big events like the 2018 World Cup.

The demand of the Russian market is centred, above all, in luxury, quality furniture directed at the middle/upper class. Presently, the biggest exporter of furniture to the Russian market is Italy, which, in 2013 had 23% of the market and made 610 million euros. Certainly, Spain quickly climbed positions thanks to the positive approval of its products, especially wooden luxury furniture.

Luxury office furniture has wide approval in the Russian market.

The leading manufacturers of luxury furniture like Soher are enjoying the opportunity that the Russian market offers, promoting its collections in events of buyers from the country. For example, last year Soher was present in I Saloni Worldwide Moscú, dedicated to the latest news of the biggest makers of luxury furniture. Before this, Soher participated inexpositions of luxury furniture inRussian cities as an initiative of the National Association of Industries and Exporters of Spanish Furniture (ANIEME) and the Valencian Institute of Exportation (IVEX).

Also in international trade show like the recentSalón del Mueble de Milán orHábitat 2015 it’s common to find Russian buyers who are interested in luxury Spanish furniture. In Soher’s case, the products that gained the best reception were Luxury living room furniture, and luxury office furniture, from collections likeOrígenes, Panther y Equus. Thesedeal with collections of modern luxury furniture,manufactured with noble Woods of the highest quality, combining the innovative design of Soher with the hand crafted tradition of this manufacturer of luxury furniture createdin 1942.

Why do you think Spanish luxury furniture is so successful?