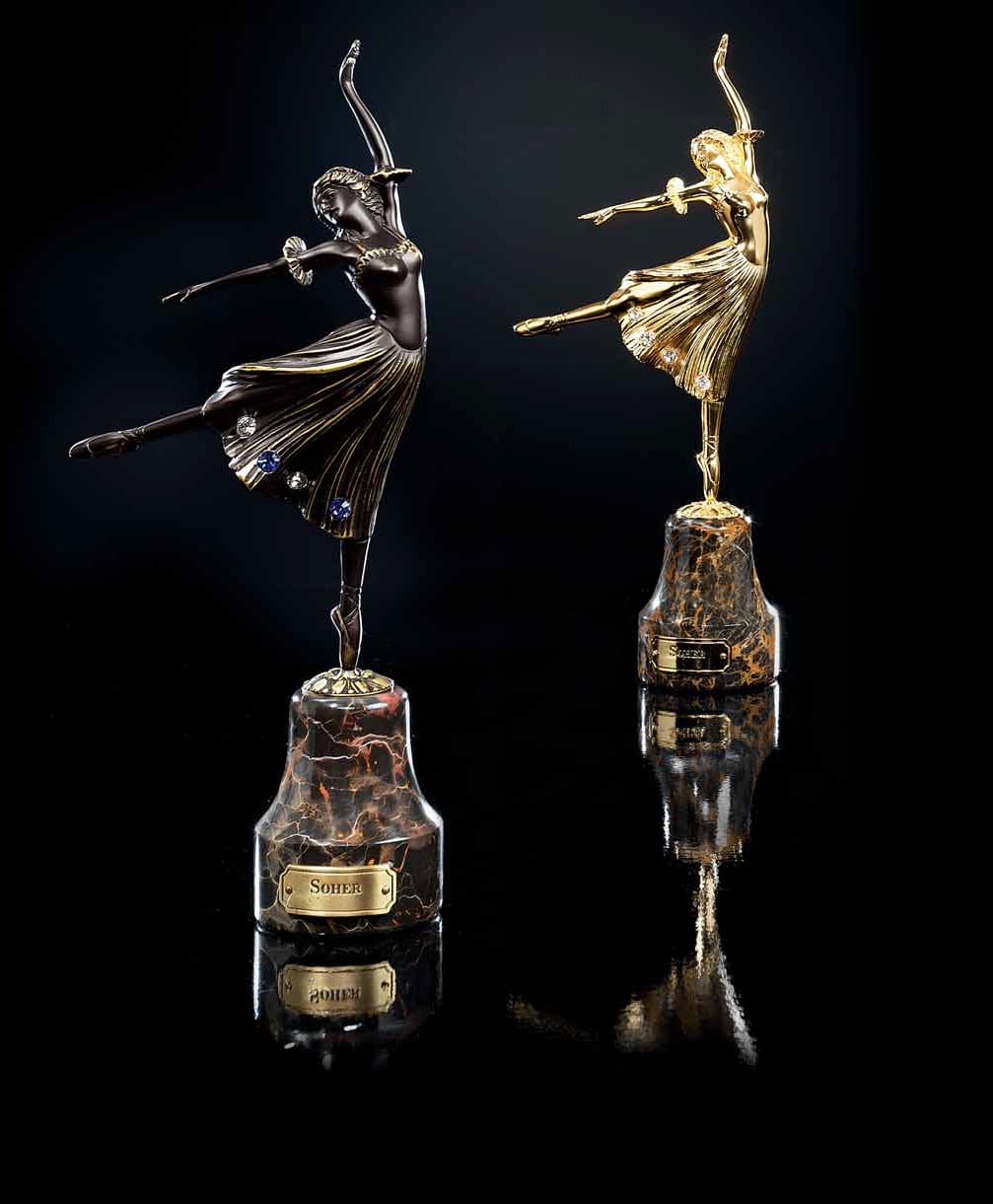 Bronze in art and sculpture

It was used to give form to Donatello’s David in the Renaissance and to create the figures that lent sumptuousness to the splendid salons of the Sun King’s Versailles. In the hands of craftsmen and sculptors, bronze – an alloy of copper and tin – became the essence of art.

Centuries and centuries ago, this hard but ductile material found its first mission in the service of mankind. A practical and functional mission; that of moulding hardwearing metal objects. From the swords of ancient cultures, to the bells of the Middle Ages and the cannons of the United States War of Independence.

Owing to advances in science and industry, iron and steel soon came to perform these practical functions, while bronze, thanks to its slight expansion and contraction when being cast and set, found in art and decoration the medium in which to deploy its physical properties and its singular aesthetics by making spaces more beautiful.

The universal and timeless sensuality of bronze has seduced cultures separated by oceans and by centuries of history, since it is lighter and more ductile than other materials, such as stone and marble.

However, working with bronze also requires a great deal of experience, patience and dedication in order to create the candlesticks, lamps, clocks and sculptures that have been used in the art of interior design from Versailles to Art Deco and Art Nouveau and which have survived to this day as exclusive, sumptuous and sophisticated objects, since they impart an aura of sophistication which is transmitted to the room in which they are placed.

These pieces emitted their unmistakable aura for centuries at courts and imperial headquarters in vary varied geographical locations and now, thanks to Soher, they continue to do so in sitting rooms and bedrooms throughout the world.

These authentic works of art, made by our master craftsmen and women who remain loyal to traditional techniques, continue to accompany us in our daily life, with their silent and, at the same time, intense presence, immune to the passing of time. Click here to see a selection of photographs from our extensive catalogue and to request further information.